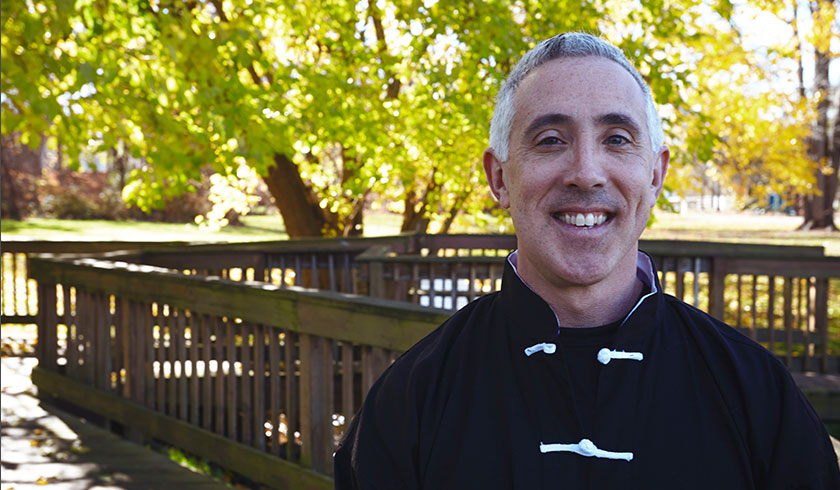 In 1981 he began studying martial arts, eventually learning of  Tai Chi and Qigong in 1991. After practicing and teaching on the side for nearly 20 years, Ed officially opened Kehoe Martial Arts in 2004. Since then, he has taught an estimated 150 students per week in Tai Chi, Qigong, and self-defense.

Although he is very knowledgeable on the subjects of Tai Chi and Qigong, Ed does not subscribe to the stereotypical master and student roles often portrayed in movies. Understanding that the energy of an instructor impacts a student’s comfort and openness, Ed strives to stay calm and engaged with his students instead of establishing himself as the “master.” He prefers to share these teachings with his students on a peer-to-peer level in the hopes of enriching the experience for his students and himself.

Practicing Tai Chi and Qigong has provided many gifts to Ed and his family. As such, he originally started offering public classes with the goal of seeing how many people he could help a day. Since then his offerings have grown to include an average of 25 classes a week.

“My students are the source of everything for me,” Ed said. “They provide for me and give me an opportunity to share what I love on a daily basis.”

We appreciate your interest in Kehoe Martial Arts. We hope this site helps you learn more about the study of Tai Chi and Qigong and how Ed Kehoe can help.

Ed Kehoe was born and raised in Kalamazoo, Mich. As the youngest of nine children, he learned teamwork at a very young age.

At the age of 10 he discovered an interest in physical exercise when he began running with his father. He competed in many races and was on his high school’s cross country team.

He continued running until the age of 22 when a downhill skiing injury to his right knee limited his ability to run. During rehabilitation after surgery he discovered a love for strength training and became a Certified Personal Trainer with a specialization in strength training through the American Council on Exercise. Ed has continued strength training as part of his personal practice to this day.

An Introduction to Martial Arts

Ed’s most important practice began in 1981 when he discovered Okinawan Uechi Ryu (pronounced waychee roo) Karate. Over the course of his study he has been fortunate to receive instruction from many high-level practitioners including:

He has also learned Karate, Ninjitsu, Aikido, Kobudo (Okinawan Weaponry), Yang, Sun, and Chen style Tai Chi from many others over the years.

Ed received instruction from many high-level masters from Okinawa when they visited the United States. He also traveled to China in 2007 with Sifu Ralph Dehner and was able to practice at Beijing Sports University and The Shaolin Temple. He has earned 4 degrees of black belt in Okinawan Karate, is a Certified Tai Chi for Health Instructor and a Certified Holistic Medical Qigong Instructor.

The Creation of Kehoe Martial Arts

While teaching an average of 25 classes a week, Ed also maintains a personal training schedule that averages 1 to 3 hours of practice a day. Meticulous in his details and driven to expand the reach of his teachings, Ed keeps a written record of his personal studies and classes.

Ed’s love of training comes from many sources and is only surpassed only by his drive to help others. He feels extremely fortunate to be in a position to help so many people in the classes and workshops he teaches. The lessons he has received from his students have been invaluable in his development of skill and ability to teach many different types of students with many different challenges and levels of ability.

He hopes to continue teaching and helping others for many years to come.

It is difficult to encapsulate all of the experience and wisdom Ed Kehoe has gained throughout his martial arts journey. Here is a brief list of his achievements and certifications to date.

A partial list of the locations Ed teaches at on a regular basis and individuals to contact for references are detailed below.

Visit the calendar to find a class to attend near you or contact Ed Kehoe to schedule a corporate wellness or private/group class.

Want to take a class? 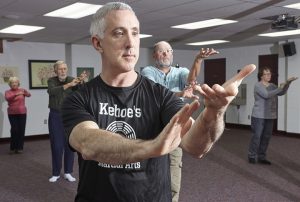 Check out our schedule to find a class right for you.
view schedule